In this exercise, we will learn about Adobe Lightroom Classic exposure and Contrast. 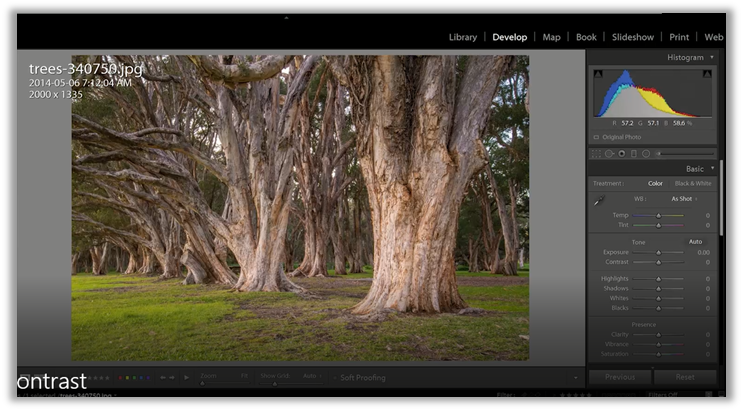 To adjust the exposure, we just use the slider and move it left or right. When we move it to the left, we're darkening the image.

When we move it to the right, we're brightening the image.

As you can see, the more I move it to the right, the brighter it gets until it's all washed out. I want to point out that you will notice how the histogram changes as you adjust the exposure.

The next thing that we're going to work with is contrast. Contrast is a way for us human beings to distinguish between the differences in objects. But essentially, we want to note all of the details that we can find in the images. The way contrast works are it mainly affects the mid-tones. I'll show you what I mean. When we increase the contrast, we're going to darken the dark areas, and we're going to brighten the light areas. Once again, keep an eye on the histogram and see how these adjustments affect i., I'm going to click on the contrast slider and increase it. You'll notice how the darker areas get darker, and the brighter areas get brighter. 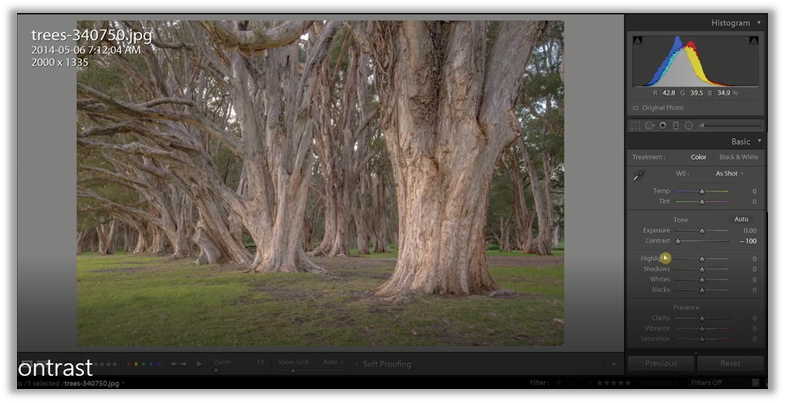 To quickly recap, the exposure controls the overall brightness of the image, and the contrast mainly works with the mid-tones. I hope this has been helpful, and if you do have any questions, please don't hesitate to reach out.